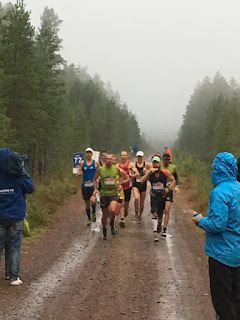 My summer trail racing season has come to a close with the 2016 UltraVasan 90K.  The UltraVasan has two race distance classifications (45/90K) and is the summer sister race of the historic Vasaloppet cross country skiing race held every March.  The race begins in Salen and finishes in Mora Sweden....covering a trail rich in Swedish cultural history.  You can read more about King Gustav Vasa here and read more about the Vasaloppet/UltraVasan races here.

I took a bit of downtime to mentally regroup and get ready for a low-key trail racing season after the USATF 100K National Road Championships.  Originally, I was planning on racing Rope Mill Trail 1/2 Marathon (GA), Chattanooga Mtns. Stage Race (TN), and the USATF 50K Trail Championships (CA) this summer to get some trail experience.  I backed out of USATF 50Ks after an unfortunate sprained ankle on day two or Chattanooga Mountains Stage race and was going to focus on the IAU 100K World Championship without racing until October.  My plans were changed after talking with Matt Flaherty about his experience at the UltraVasan last year.  He put me in touch with  Peter Fredricson, the race director of UltraVasan 90K, in mid-july.  After making arrangements with Peter, I immediately booked airfare to Stockholm.

The field was insanely competitive based on IRunFar's Race Preview.  The event appeared to look like the IAU 100K World Championships preview on paper.  Cassie Scallon, Jasmin Nunige, Sarah Bard, Kajsa Berg, Marija Vrajic, Catriona Jennings, and Isabellah Andersson were headlining the women's race.  Jonas Buud, Matt Flaherty, Arnaud Perrigon, Wouter Decock, Steve Way, Fritjof Fagerlund, Geoff Burns, Jarle Risa, Elov Olsson, and Emanuel Gault were headlining the men's race.  The race would definitely be the most competitive event I've competed in this year over a distance that is relatively new to me.

Back to enjoying the process.... 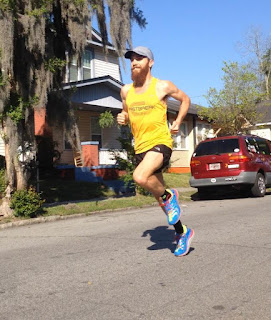 Summer Training in the SAV

My athletic vision for the second half of 2016 is focused on:
1.  Having fun during training
2.  Experience on the trail racing circuit
3.  Peak for UltraVasan 90K
4.  Peak for IAU 100K World Championships

Savannah summers can get really hot.....mostly 95-100 degree Fahrenheit days with 90-100% humidity.  Somehow, I've grown to enjoy the training in this weather much due to attentive heart rate training.  Training this summer has been great, covering between 100-130 miles with 12-15 hours of time on feet in the months of Late May, June, and July.  In the summer, I run primarily volume and focus on 2-3 runs between 2-4.5 hours each week.  This summer, I only performed three quality sessions leading into UltraVasan (19 mile Hill VO2Max Session on July 1st, 8 mile AT @ 5:25 on July 6th, 22 mile Progressive L Cutdown on July 20th).  My tune-up races at the Rope Mill Trail 1/2 Marathon and the Chattanooga Mtns. Stage Race Days 1-2 went fairly well considering the fact that I was training through these events.  Starting in late July, I began resting up mentally and physically for UltraVasan...the most I've ever tapered undoubtedly. 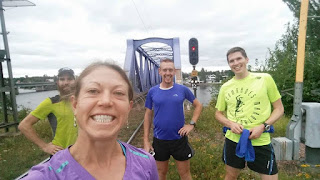 UltraVasan 90K was my first international racing experience.  Peter put together a fantastic field of  runners that were both great people and talented athletes.  The Vasaloppet organization treated us exceptionally well, housing all international athletes together and serving our meals right in the hotel.  The finish line was literally 1K from the hotel.  I landed on Wednesday with Cassie, Geoff, Greg, and Sarah.  We ran around Mora to stretch the legs before our first dinner together. 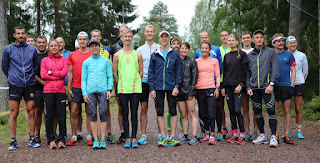 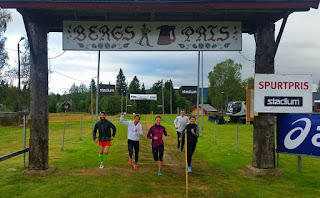 Course Preview-Day 1
Jasmin, Cassie, Geoff, Sarah, and me
The above group is such a magical group of positive, open-minded world-class ultra-runners.  Our meals together, course preview runs, and post-race shenanigans were a real pleasure.  Peter's race organization was off the charts.  I would recommend this race to any MUT runner.

The race went out VERY fast, with Steve Way of the UK and company ratcheting the pace down into the 5:3X-5:5X range post 3K mark.  I sat in the far back of this pack through 4K and dropped off the pack around 5K just outside of top ten when the 5:3X-5:4X miles began on the first downhill section of dirt road.

I carried the Ultimate Direction AMP paired with the UD Groove Mono from the gun.  When we arrived at the first aid at 9K, I moved from 10th place to 1st heading into the technical trail since I didn't have to pick up any fluids/gels (I was packing about 12 Gels on Person).  I perform about 95% of my training on the roads and rarely run on the trails with the exception of some training stints in Black Mountain, NC or Chattanooga, TN.  On race day, something just clicked for me.  I moved exceptionally well through the technical trail and footbridges, focusing on high cadence through rooty/rocky sections and taking care on the slick wooden footbridges.

I assured Bryon Powell of IRunFar.com of my lack of interest in winning the first SprintPris...Oops.... 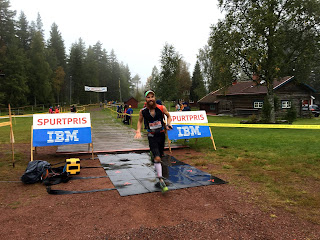 The Sprint Pris win was pretty cheap, having to only hit the gas to marathon race pace for about 300m and coast through for the $2,000 SEK.  Next objective....chill out and run with the pack through 43K (BergsPris #1).  Arnaud Perrignon hit the gas at 40K and took BergsPris #1 while me, Fritjof, and Elon cruised through the aid station in 2-3-4 respectively.

At this juncture....I changed my socks, grabbed a ton of gels and electrolyte capsules....and fell to 7th place, losing about 3.5 minutes.  Most people there thought this decision was a drastic error, but my feet were feeling a bit macerated from all the rain and swamp early on in the race.  The stop gave me a chance to mentally and physically compose myself.  If I had to do this over, I would have been more time efficient spending only 1.5 minutes max rather than losing a lot of ground.

Leaving the aid station, I felt incredibly good.  Fueling had been going very well, consuming 3 electrolyte capsules an hour and three gels every 75 minutes.  I started on my first 20 oz of Gu Roctane at 44 K after taking my first caffeinated gel of the race.  My stomach was in great shape as well.  By 45K, I pulled back up on Steve Way.  We ran together for a few kilometers, catching a runner here and there.  By 50K, changes in position were very seldom.  I was all alone, but moving very well....feeling like a machine on the climbs and decending in the 5:45-6:00 pace range on the smooth, flat dirt roads.  At the top of the biggest climb on course, I rolled past Arnaud...somewhere along the way also passing Elov. 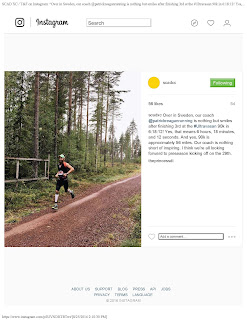 Blueberry Soup at aid station 6 of 7.  If you're unfamiliar with Blueberry Soup...it's like a mid race espresso shot without the drawbacks of dehydration....ZING.

Jonas Buud and Peter were both giving me realtime updates of how close I was to Jarle and Fritjof from 70K onward.  I was very grateful for any communication and info given by friends on the course.  By Aid Station 7, I was all smiles.   Bryon Powell and the volunteers at that aid station reinvigorated me for the final 9K of racing.  Although Fritjof was only two minutes up, I didn't have the spark needed to make a late race push.  My final miles were in the 6:45-7:10 range, running comfortably and within myself. 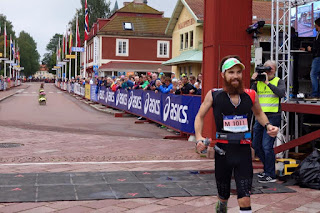 At the finish, I was elated to be finishing on the podium.  Just as an extra touch, I went back through for another round of high fives to the crowd.  As an added bonus, Lox and Goat Cheese baguette sandwich's were in the elite athlete tent at the finish....followed by massage and good buddies.  Such awesome treatment.

Thanks to Compressport for all the fantastic gear and support.  During the race, I used the Trail Running Shirt V2 Tank, Trail Running Short V2, R2V2 Calf Sleeves, Ultra Light Visor, and Headband On/Off to control my hair :).  Post-race, I recovered in the Full Socks V2.1.

Thanks to Fast Break Athletics of Chattanooga, TN and Ultimate Direction for their support as well.

And now for the pictures. 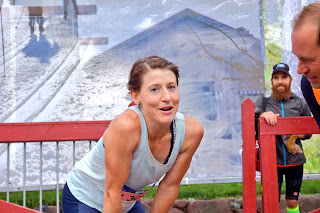 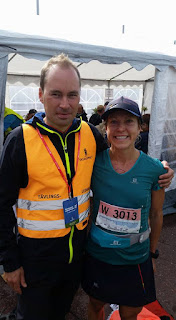 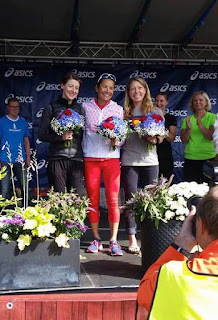 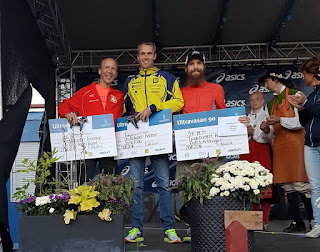 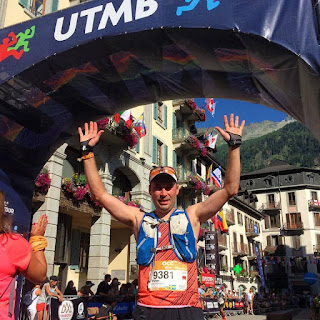 A BIG Congrats to Peter Fredricson on his finish at the OCC!
Thanks for putting a great event on Peter!