Zinikele is the best starting point for this blog entry today.  The english translation is (roughly), It Takes All of You.  The Comrades Marathon is the oldest and biggest ultramarathon in the world.  How does it feel to line up with 21,000 other runners committing to an 87 Kilometer Race at a blistering pace on the road?  Kind of like this..... 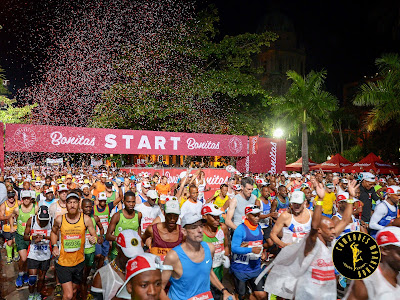 Each year, the Comrades Marathon changes direction.  My debut Comrades in 2017 would be an Up Year with 6,400 feet of climbing and 4,500 feet of decent.  The first 40K of the 87K race is uphill, with many climbs lasting 4-7 kilometers before slightly descending.  The remainder of the course was on rolling terrain with only a few significant climbs.  All miles are on pavement.

The energy on the starting line is electric!  Ten minutes to the gun, our elite field was led to a partitioned area at the front of the race.  We were packed in like sardines.  The South African national anthem is played in three different languages, with English being played first.  After the Anthem, the Chariots of Fire theme song plays...then a rooster crows....then the gun....

At the mile, I passed through in 5:50 in at least 400th Place....Let that process.....going out in a 55 mile race in 5:51, but only being in 400th place.  In the early stages of the race, I followed my team manager Nick Bester's advice of sitting 100 meters off the large pack of men in order to run the tangents of the course and have easy access to aid.  Running off the big pack with a smaller group of smart racers aligned well with my game plan to focus on fueling and thermoregulation early in the race.  I ran very relaxed at around 6:25 per mile in the first 15K. 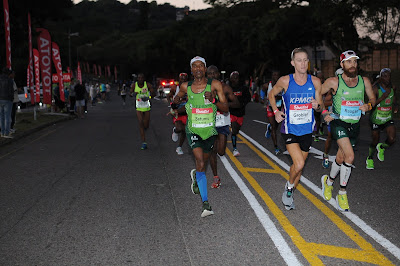 I found myself with experienced racers like Fritjof Fagerlund (Sweden), Steve Way (UK),  and Renier Grobler (South Africa).  We were sitting in 105-115th place through the 17K checkpoint.

Prodigal Khumalo (Zimbabwe) and I shared many miles together from this point onward.  We gradually moved up through the field together, passing many runners leading into the checkpoint at halfway.  Prodigal and I supported each other with water from the aid stations, also motivating one another to catch the next group.  We were both drenching our bodies in cold water from the general aid station baggies along the entire route. 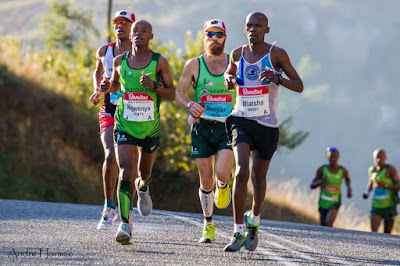 At this stage, I was capitalizing on my usual strategy of running an evenly paced/negative split race.  I was fueling extremely well, drinking upwards of 18-20 oz of water per hour, while taking a GU Roctane Gel every 25 minutes and a GU Electrolyte capsule every 15 minutes.  Prodigal and I were passing runners in droves after the 30K mark in the race.  At the 30K mark, I began taking three GU Roctane Gels an hour. 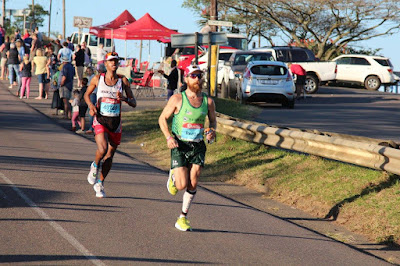 Around 40K and 50K, I picked up my first/second GU Roctane Sports Drinks (250kCal).  I consumed 600 kCal from fluids between 40 and 65K, banking my gels for the ladder of the race during this stage.  I chose Roctane Sports Drink over gels at this stage while my body adjusted to the heat of the day.  When adjusted, I resumed the plan of 3 Gu Roctane Gels and 20 oz Water per hour at 60K.  We moved into the top 30. 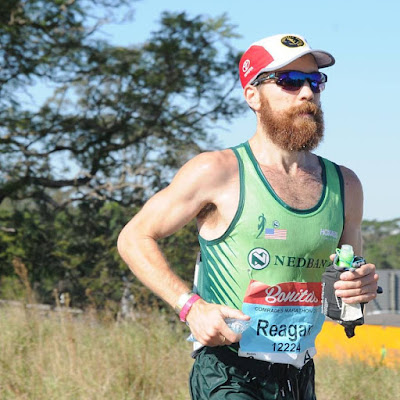 At around the 65K mark, Prodigal moved onward to his 7th Place (Gold Medal) finish.  I maintained position and pace well for the next 7 kilometers, continuing to pass smaller packs of runners on the climbs.

I had a low patch between 70-78K that began on a short decent.  I'd been eating and hydrating well the entire race.  At the 70K aid station, I declined my aid from the Nedbank tent...believing that I had two more gels in my UD Jurek Essential Belt.  Unfortunately, I was down to just the one gel in my handheld.  I ratcheted back the pace from 3:35 per K to 4:00 per K on a decent around 72K when noticing some tighness at the hamstring origin.  I took two 6 oz sports drinks from the next aid station to replenish the simple sugar.  By 76-78K, I had climbed out of my rough patch and accelerated back to 6:30-6:35 per mile in the final climbs. 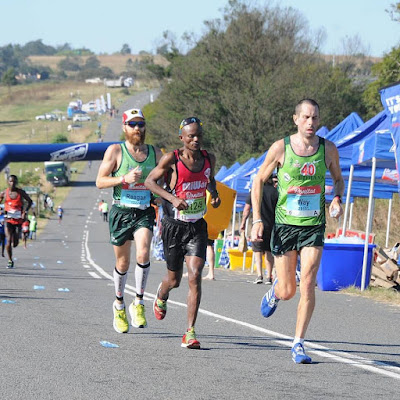 Marko Mambo and I were battling in the final kilometers of the race, but Steve and Fritjof rocketed past us.  Marko and I moved into 13th and 14th position, but would fortunately pass two more runners on our way to the finish. 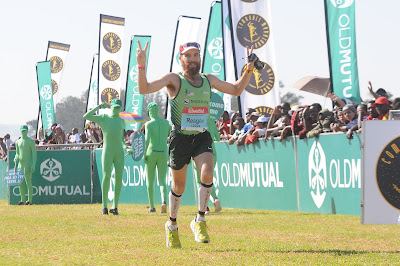 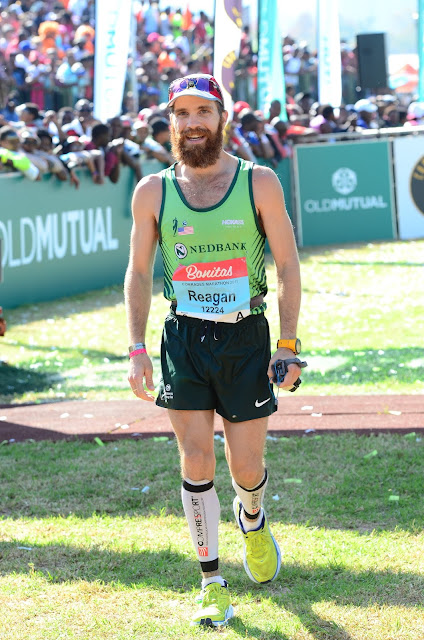 My 12th place finish was the 6th highest placement by an American of all time (up or down) at Comrades.  Only Alberto Salazar, Tom Johnson, and Michael Wardian have placed higher or raced to a faster Up-Run.  Not winning a gold medal (top 10) at Comrades was bittersweet.  I earned the Wally Hayward Medal (Sub 6 Hours, but Not Top 10) and finished as second novice behind Steve Way in 5:53.28 (6:29 per mile/54.5 Miles/6,400 ft Climbing). 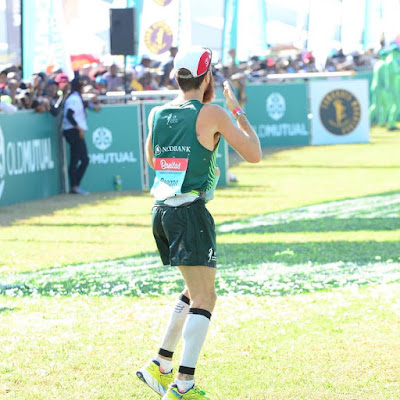 Ubuntu broadly translates from Nguni Buntu to "the belief in a universal bond of sharing that connects all humanity."  Comrades, in essence, resonates this feeling of a connection with all humanity.  From the South African national anthem at the start to the finish line in Durban, this sense of connection resonates emotionally .

Big thanks to Hoka One One, Nedbank Running Club, and my other sponsors for their support in this venture. 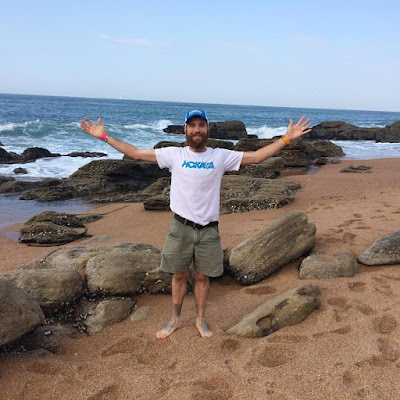 Posted by Patrick Reagan at 10:44 AM No comments: