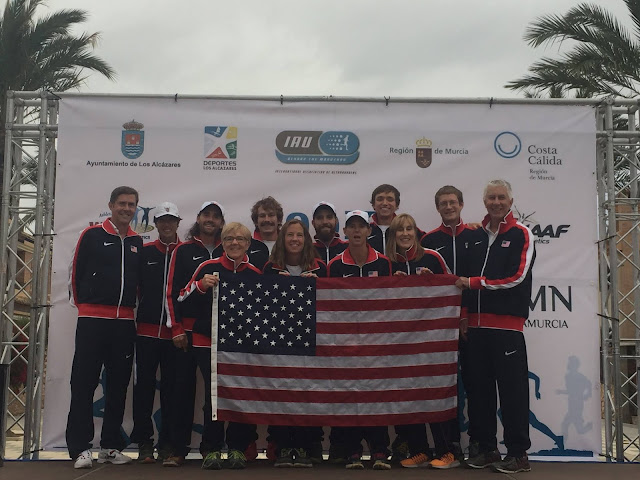 Patrick is a native of Southwestern PA and currently resides in Savannah, GA. He attained a B.S. in Exercise Science while competing in Cross Country/Track and Field at Slippery Rock University. Reagan is serving his sixth year as Head Cross Country Coach at Savannah College of Art & Design. He runs professionally for HOKA One One, GU Energy Labs, Drymax Socks, Compressport, Victory Sportsdesign, PERC Coffee Roasters, Suunto, and Squirrel's Nut Butter Anti-Chafe.


Reagan's rookie year of ultrarunning was 2016. He finished his year with two international podium finishes: 3rd place finish at the UltraVasan 90K in Mora, Sweden and 3rd at the IAU 100K World Championships in Los Alcazares, Spain.

In 2017, Reagan debuted at the Comrades Marathon as the top American male with a 12th place finish.  He raced to the 6th fastest time by an American in the race's history (Up or Down).  In August, Reagan improved his 2016 placement and time at the Ultravasan 90K (6:08.48, 2nd place).  In his debut at the 100 Mile distance, Reagan won the Javelina Jundred 100 Mile Endurance run and bested the course record by 29 minutes.  In December, Reagan received the USATF Ted Corbitt Ultrarunner of the Year Award.

After graduating from university, Patrick played Washboard Percussion and Tenor Guitar in several ragtime bands based out of New Orleans, LA and Savannah, GA. Reagan toured through 36 states with the groups he played with in 2009-2011. Following his musical career, he spent three years in the tricycle taxi transportation industry for Savannah Pedicab.

When not running, Patrick is listening to Pre-WW2 jug band, ragtime, and jazz records. He also has a healthy infatuation with Science Fiction, Fantasy, and Historical Fiction novels. Reagan lives in Savannah, GA with his girlfriend Adrienne and their two dogs.