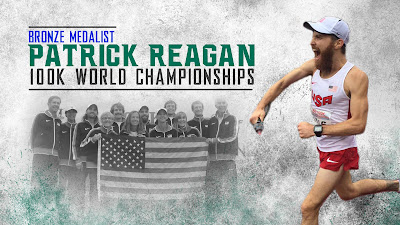 My first year of ultrarunning has been quite a ride.  After being selected for team USA in August, I picked the IAU 100K World Championships as my "A" race focus for the latter of 2016.  The event would also be my first time racing since the 2016 UltraVasan 90K in Mora, Sweden.  The 29th edition of the IAU 100K World Championships was scheduled for November 27th in Los Alcazares, Spain.  The format was criterion style, 10 X 10K, on the same loop.  Surface was 100% concrete and tile. 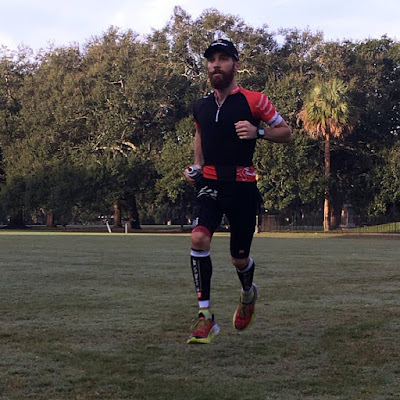 Training since UltraVasan went exceptionally well with each cycle at 115-140 miles per week.  The primary focus of the three cycles of training were improving aerobic capacity, VO2Max, and efficiency/economy.  All of my training was done in Savannah, GA on primary flat terrain mixing road, trail, dirt, and grass.  In the twelve week period, I ran 8 XXLs between 27-36 miles.  Each of those weeks also included a quality session of 20-25 miles in length.  The format of those quality sessions was either Continuous Aerobic Threshold (Marathon to 50K RP), Broken AT/Cruise Intervals (Marathon to 50K RP), Lumberjack (NAU Structure), or Intervals (Half Marathon/10K RP).  Several weeks also included a 22-25 mile mid week XL/XL Cutdown.  I began a gradual taper to 95, 75, 60 MPW thirty days from the race.  During the ten days leading into the race, I had a great feeling about the upcoming challenge based upon energy stores, improved legspeed, and excellent efficiency and economy.

I landed on Tuesday, November 29th in Alicante.  The first few days in Los Alcazares were very relaxing.  Zach Bitter and I spent quite a bit of time together in those first few days getting to know the city, course, and adjusting to the time change.  Zach and I had some great runs around Los Alcazares.  We both agreed on a conservative game plan for the first 50K, deciding to run together for as long as possible.   By Thursday, our entire team was there with the remainder of our crew arriving on Friday.  We did get a chance to adventure some before the race. 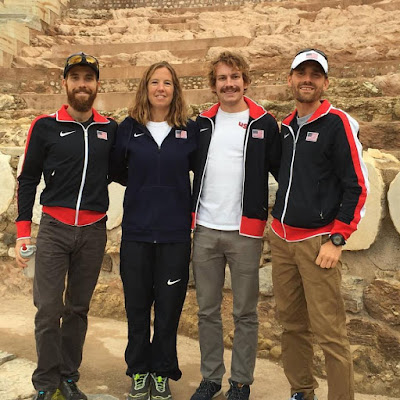 On Friday, my father and Adrienne arrived in Los Alcazares. The event was so much more special with my family there to support the team. 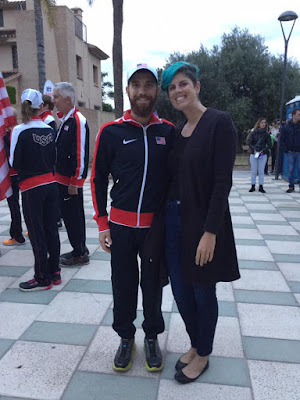 The parade and opening ceremonies were held on Saturday.  Obviously, we are a very photogenic group. 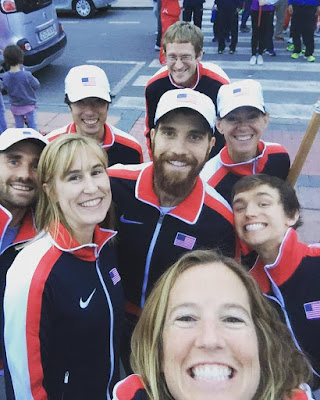 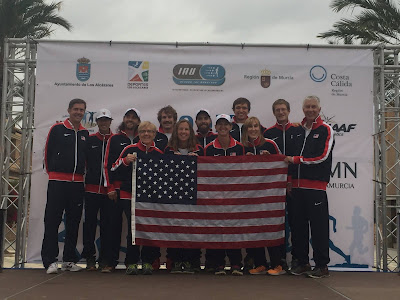 The race began at 7:00am on Sunday Morning.  Team USA developed a great plan.  We were composed, healthy, and ready to race when the gun went off. 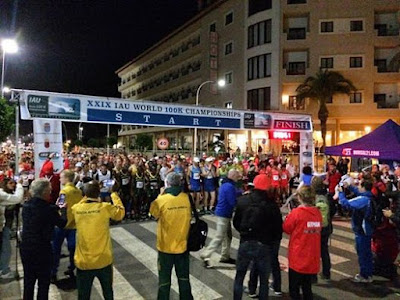 In the first 50K, I stuck to a conservative gameplan.  Zach Bitter and I got started together, averaging around 6:20-6:22 pace for the first 20K.  From 20K-40K, I began to chase a large pack of men that raced around 5-8 seconds per mile faster than I did for the first 20K.  By 40K, I caught that pack and moved into 20-25th position.  At 50/55K, Didrik Hermansen and I followed a big move made by Fritjof Fagerlund.  The 15 man pack began to splinter.  Didrik and I shared many miles between 50 and 70K. 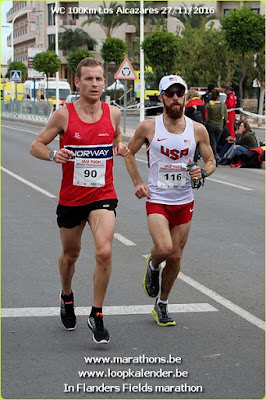 Didrik and I around 60K into the race. Photocredit: In Flanders Fields Ultramarathon

At 70K, I found myself in roughly 15th position with Didrik and Thomaz Walerowicz from Poland chasing.  At this point, the race was beginning to come together for me.  I planned to run a much faster clip than the rest of the field in the last 20K, hoping to catch as many men as possible.  At 80K, I came through the 10K aid tent in 9th position.  My father was motivating me at the aid station directly after the 5K mark.  He informed me that I moved into 7th.  My teammate Geoff Burns and I now found ourselves in the hunt for top 5.  I passed Geoff around 87K.  We communicated that the race was all about team time at this point.

My friend Peter Fredricson, director of UltraVasan, informed me as I passed the Swedish tent at 90K that 3rd, 4th, and 5th were all in striking distance.  He shounted, "Go for podium Pat, go go go."  By the time I passed the USA tent, I was passing David Gatebe (Comrades Marathon Course Record Holder) and moving into 5th position.  My coaches, Lin Gentling, Lion Caldwell, and Timo Yanacheck were motivating me through the aid station.  At this point, I am running on adrenaline and feeling amazing. 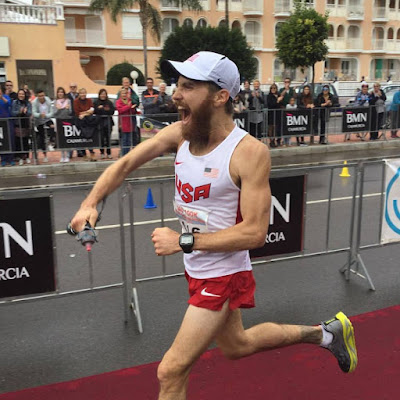 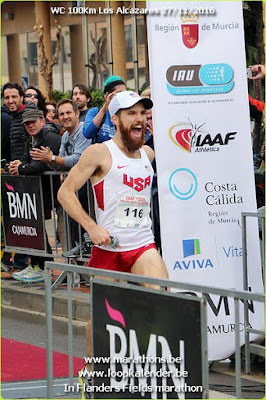 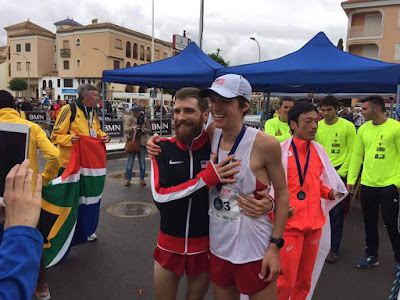 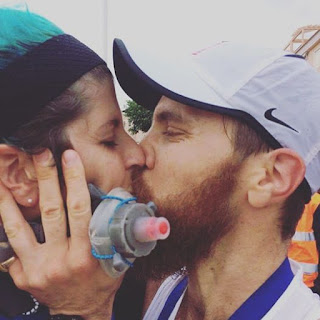 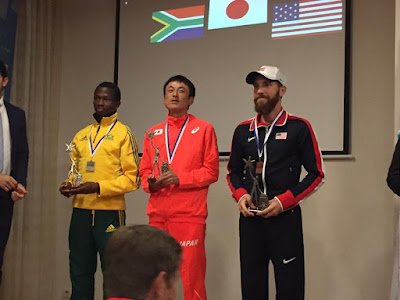 A big shoutout Adrienne Berkland and Bill Reagan for coming to Spain to crew me at this event. Huge thanks to Lin Gentling, Timo and Ann Yanacheck, Lion and Susan Caldwell, Kurt Flaherty, Mark Arbogast, and Diane for supporting the team.

Thanks to Compressport, Drymax Socks, Fast Break Athletics, and Perc Coffee Roasters for all the support this year.

After the race, Adrienne and I vacationed on the east coast of Spain.  Below are some pictures of our travels. 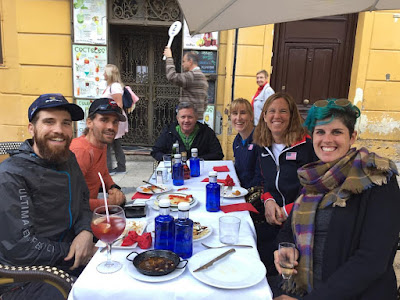 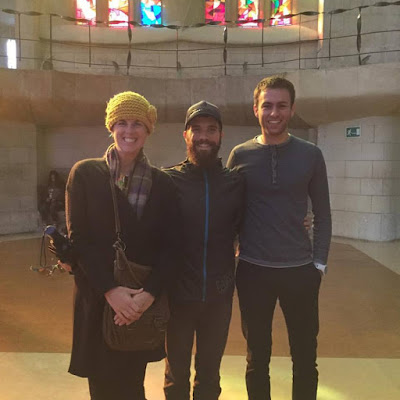 Posted by Patrick Reagan at 12:08 PM No comments: